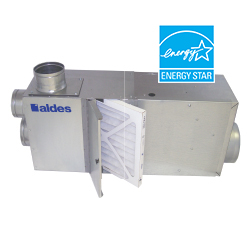 Since 1982, the FAA has spent more than $8 billion on noise mitigation efforts around U.S. airports, and federal funds are still being earmarked for communities in need. While the programs are federally funded, local port commissions and municipalities usually administer them. The process may vary in different municipalities. Design work is performed by the private sector, and the municipality or private consultants provide construction management and program administration. The construction work is then contracted out to certified and approved construction companies.

With a background in construction management, Rick Herz has spent two decades designing noise-mitigation strategies for churches, schools, and residences around some of the country’s major airports. In Seattle, he worked for the Port of Seattle where he was responsible for design, construction management, and program administration. In Los Angeles he spent two years with Wyle Laboratories, a private-sector lab that developed the model specifications for the FAA’s national airport-mitigation programs. Currently he works as a project manager for T.H.C., Inc. Since 1990, Herz has designed mechanical ventilation systems for more than 6,000 houses and apartment units near airports.

The primary goal of the FAA program is to lower the noise level in affected homes. Noise measurements are taken prior to the application of any sound treatments. Once the level of impact is determined, a mitigation plan is developed. The solution often includes the replacement of windows and doors, and sometimes the addition of one or two layers of drywall to block the sound. Sound travels into a house along many of the same paths as outside air, so air-sealing measures can help make the house quieter.

“Basically, the solutions are the same for single-family homes and multi-family units, but the logistics are more difficult in apartments and condominiums,” said Herz.

While tighter doors and windows and good air-sealing measures can make for a quieter living space, indoor air quality becomes a problem without a mechanical ventilation system. Outside air must be introduced and circulated, or the air inside a home becomes stagnant and unhealthy. Even in the mild climate of southern California, air-quality problems are hard to solve by opening windows, which is the most common residential ventilation system. Open windows also defeat the purpose of sealing the structure to reduce noise. Without mechanical ventilation, there is little air movement, so odors remain, pollutant levels rise, and moisture can become a problem, encouraging the growth of unhealthy and damaging molds and mildews.

“We know that with the installation of the sound treatments, air infiltration is going to decrease,” said Herz. “So to maintain indoor air quality, mechanical ventilation is part of the designed noise-mitigation package.” In Seattle, Los Angeles, and most FAA programs around the country, ventilation performance standards are set and a list of approved systems is maintained by the contracting agency. A contractor chooses a ventilation system or ventilation components from the approved list and installs the system according to the mitigation design, with input from the homeowner.

Working with retrofit projects means constantly facing installation challenges. Herz has installed ventilation equipment in bathroom ceilings, hallways, closets, and special enclosures built on the exterior of buildings. “We have problems in multi-family buildings because there are limited places to install equipment,” said Herz. “I pray for big attics!”

One of the ventilation systems on the approved ventilation systems lists for LAX and Seattle is the American Aldes Model BVS Blending Ventilator, a quiet, compact unit designed to provide fresh outdoor air blended with indoor air drawn from the bedrooms. Specifically designed and built for the sometimes-difficult airport authority retrofit projects, the BVS mixes indoor and outdoor air before distribution to the main living areas.

Through blending of indoor and outdoor air, the outdoor air is tempered to provide greater thermal comfort during both heating and cooling seasons. The BVS also includes a standard pleated filter upstream of the fan to filter both recirculated indoor air and outdoor air before distribution – an asset in an urban environment. The BVS provides slight positive pressurization of the structure, reducing the risk of backdrafting gas water heaters, furnaces, or other combustion appliances.

Airflows in the blending ventilator are controlled at each take-off by a unique Constant Airflow Regulator (CAR) that automatically regulates the amount of outdoor air and return air introduced to the system. The CAR is a passive flow-control device with a 20-year life span that comes in multiple sizes to meet a variety of airflow needs. The fan’s motors have permanently lubricated ball bearings for low energy costs and maintenance-free operation.

BVS units are designed to meet ASHRAE Standard 62 recommendations when installed according to the sizing instructions provided by American Aldes. Both the BVS120 and the BVS200 meet ENERGY STAR criteria. The BVS120 can provide ventilation for a one-to-twobedroom house or apartment unit, and the larger BVS200 can provide ventilation for three-to-five-bedroom houses up to 6,000 square feet.

With its low-profile design, the BVS can be installed horizontally between ceiling joists, in a dropped ceiling, or suspended from a ceiling in an attic or a crawl space. It can also be installed vertically against a wall, or in a closet, mechanical room, or laundry area. Due to its specially designed blower, heavy-gauge steel construction, and acoustic insulation, the BVS is quiet enough for installation close to the living spaces of a home.

American Aldes blending ventilators are available as kits that include all the required system components. According to Herz, ordering the complete system as a package simplifies the job for the contractor. “The package makes it cleaner for installation because everything that is needed is there. It’s assembled so the contractor can pick the package that fits the needs. One of the comments that came back to me from a field inspector at LAX was, ‘It’s clean, it goes in, and it works. There’s no fooling around.’”

Even in significantly different climates, the positive comments from owners are the same. “In LA I’ve received positive feedback from home inspectors on the resale of houses,” says Herz. “People like the systems. They’re quiet, they provide air circulation, and they break up the stagnation.”

“In Seattle, there were owners who had existing moisture problems and were reluctant to accept the Aldes ventilation systems. They wanted large capacity forced air furnaces because they didn’t think the low-flow system would do the job. After the Aldes system was installed, they were very happy with its performance.”

See our Airport Sound Programs page for a sampling of airport mitigation projects in which American Aldes blending and filtering ventilators have been installed.